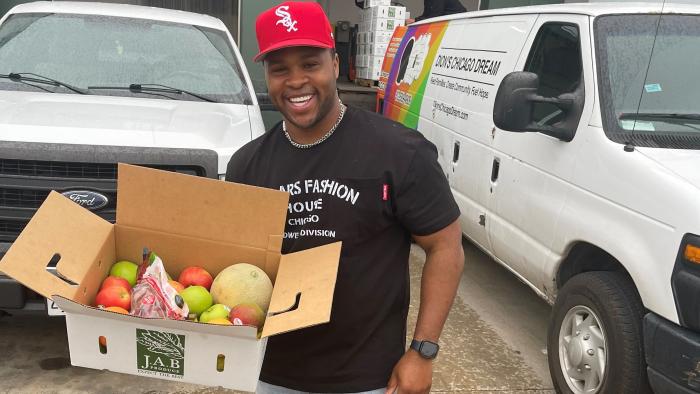 The American Diabetes Association® (ADA) and Dion’s Chicago Dream have teamed up to provide healthy fruits and vegetables to Chicago families in the south side of Chicago. With over 3 million people living in Illinois, 34 percent having pre-diabetes and nearly 1 million people living with diabetes, this innovative way of thinking will allow more people to adopt a healthy way of eating. Many neighborhoods in the United States, particularly those in low-income areas, have been named “food deserts” because residents do not live near supermarkets or other food retailers that carry affordable and nutritious food.

“This groundbreaking partnership with Dion’s Chicago Dream embedded within the Chicago community allows the ADA to meet people where they are,” said Charles D. Henderson, CEO of the American Diabetes Association. “The organization’s model of delivering healthy food options door-to-door will impact health outcomes in a positive way, for those at risk for and living with diabetes. Low-income residents of these neighborhoods and those who lack transportation rely more on smaller neighborhood stores that may not carry healthy foods or may offer them only at much higher prices. This partnership will be a game changer and a model to replicate across the United States.”

By challenging food delivery services, we can combat the approximately 20% of Americans living with diabetes who are food insecure, a rate twice as high as that of the general population. The ADA’s Health Equity Now platform was created in part to ensure that everyone, no matter their race, gender, zip code, income, or education level, has access to basic human rights.

“Health equity now says it all. Now is the time to look at not only what we are doing, but how we are doing it,” said Dion Dawson, founder of Dion’s Chicago Dream. “Dion’s Chicago Dream is anchored in quality and access, to help change the tides of social determinants of health. Food insecurity can be eradicated. Food justice can be achieved, and this partnership gets us one step closer to that. Dream Deliveries removes the uncertainty residents are facing with access to quality produce, and our bi-weekly touch points show them that we are up for the challenge.”

About Dion’s Chicago Dream
Dion’s Chicago Dream is a Chicago-based nonprofit organization that delivers weekly boxes of high-quality fruits and vegetables to thousands of Chicagoland residents who would not otherwise have reliable access to fresh, healthy food. Dion’s Chicago Dream is committed to feeding families, creating community and fueling hope. Consistent access to nutritious food gives people the best chance at a healthy life. It is a right that all people deserve to enjoy.