SURMOUNT-1 Study Finds Individuals with Obesity Lost up to 22.5% of their Body Weight when Taking Tirzepatide

SURMOUNT-1 Study Finds Individuals with Obesity Lost up to 22.5% of their Body Weight when Taking Tirzepatide 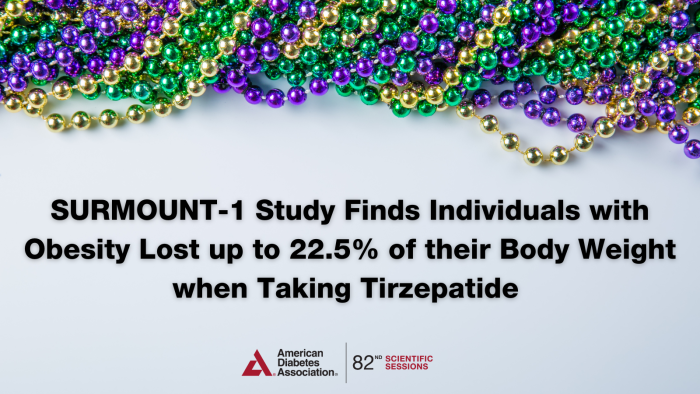 Today, findings from SURMOUNT-1, the first investigational phase 3 trial evaluating the safety and efficacy of tirzepatide for the treatment of obesity, were announced, representing a new class of medicines being studied for the treatment of obesity. The trial was presented at a symposium at the 82nd Scientific Sessions of the American Diabetes Association® (ADA) in New Orleans, LA, and simultaneously published in The New England Journal of Medicine.

Obesity impacts 650 million people worldwide and nearly half of Americans. Obesity is a chronic disease with limited treatment options that increases the risk of other weight-related conditions and negatively impacts overall health. This study aimed to evaluate tirzepatide, a once-weekly GIP (glucose-dependent insulinotropic polypeptide) and GLP-1 (glucagon-like peptide-1) receptor agonist, for the treatment of obesity.

The study enrolled 2,539 participants who were obese or overweight with at least one weight-related condition, who do not have diabetes. The co-primary endpoints were percent change in body weight from baseline and greater percentage of participants achieving body weight reductions of at least 5% compared to placebo. The most commonly reported adverse events were gastrointestinal-related and generally mild to moderate in severity, usually occurring during the dose-escalation period. Nausea, diarrhea, and constipation were the most frequent adverse events.

The findings indicate tirzepatide may be a potential therapeutic option for individuals living with obesity, with participants losing between 16% and 22.5% of their starting weight. The overall average weight reduction for the highest dose of tirzepatide (15 mg) was about 52 pounds. Substantial weight loss was also achieved on lower doses of tirzepatide: 35 pounds for the 5 mg dose and 49 pounds for the 10 mg dose. Tirzepatide had an overall safety and tolerability profile similar to other incretin-based therapies approved for the treatment of obesity.

“Obesity should be treated like any other chronic disease—with effective and safe approaches that target underlying disease mechanisms, and these results underscore that tirzepatide may be doing just that,” said Ania Jastreboff, MD, PhD, associate professor Yale University School of Medicine, director of Weight Management and Obesity Prevention at the Yale Stress Center and co-director of the Yale Center for Weight Management, New Haven, Connecticut. “These results are an important step forward in potentially expanding effective therapeutic options for people with obesity. Notably, about 9 out of 10 individuals with obesity lost weight while taking tirzepatide.”

Tirzepatide was recently approved by the U.S. Food & Drug Administration as an adjunct to diet and exercise to improve glycemic control in adults with type 2 diabetes. 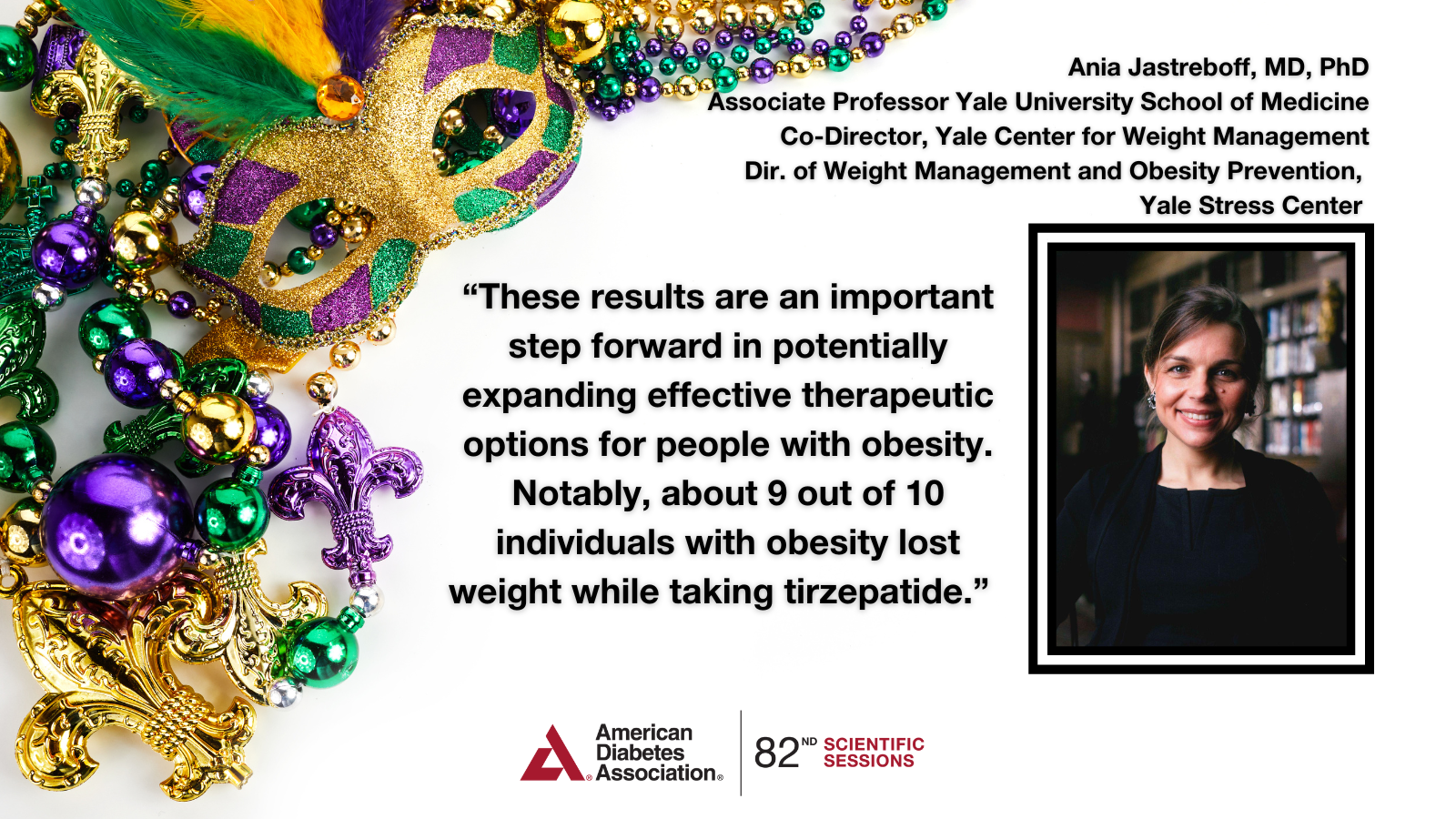 For more information or to request an interview, please contact the ADA Scientific Sessions media team at SciSessionsPress@diabetes.org.