Physicians routinely change their patients’ medications when the drug they first prescribed doesn’t do the job. There are also times when these changes are made because of what’s called forced nonmedical switching—when an insurance company changes its coverage of certain medications so that consumers must bear more of the cost themselves, or when it simply stops covering certain medications in favor of less-costly alternatives. And it happens a lot.

Switching without warning—what does it do? 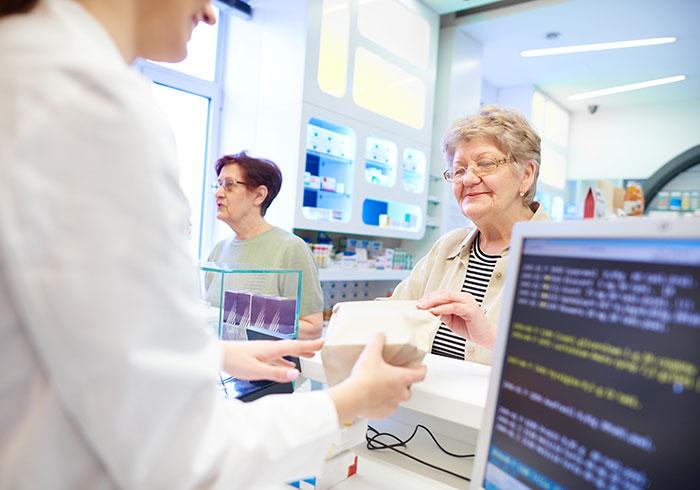 Plus, when it comes to switching medications, the cost is not just financial. For example, insulin pens allow you to inject discreetly in public, which many value. Being forced to switch to syringes changes that.

A switch to a needle and syringe can make keeping up with your insulin treatment more difficult on busy days, leading to occasional missed doses, and it also makes it harder for family members to help when you get sick. That’s a problem that’s less likely with pens because of their ease of use.

According to a survey by the American Pharmacists Association, more than 75% of the time, people learn about medication coverage changes when they arrive at the pharmacy. And the majority of surveyed pharmacists said that there’s often a delay in getting the new medication. In some cases, it may take three days or more.

It’s not just insulin that gets switched. Blood glucose meter and test strip brands, as well as other types of diabetes medications, also are subject to nonmedical switching. Frequently it happens with GLP-1 receptor agonists, which boost insulin secretion in people with type 2 diabetes. Many have experienced their insurance discontinuing coverage of their once-weekly injections in favor of less-expensive daily injections. That extra burden may make it harder for some to stick to their self-management routine.

In one study asking people with type 2 diabetes about their experiences with switching medications, one in five had been told by their health care provider that their blood glucose (or blood sugar) levels were somewhat or much worse than they had been on their previous medication. Nearly the same number reported that they had to check their blood glucose levels more often after the switch, an additional burden to the already cumbersome routine of self-management.

Nonmedical switching also happens with drugs for treating other types of conditions. For example, among people with diabetic neuropathy, pain medications may be switched without warning.

These switches can have unintended consequences. For example, some medications prescribed for diabetic neuropathy do more than control pain; they also serve as mood stabilizers, meaning people can become more depressed or anxious if pain gets worse.

What to do about it

By now, you’re probably wondering: If this happens to me, what can I do? First, understand that if you get switched from one medication to another, you may do just as well on your new medication as you did on your previous one.

Switches occur more often with rapid-acting (mealtime) insulins than with longer-acting (background) insulins, and in general, it’s easier to adapt to changes in mealtime insulin. A change to a different long-acting insulin may take more time and effort.

During the period of adjustment, your doctor may advise you to track your blood glucose levels more closely. Your primary concern should be managing your blood glucose. If you struggle to adapt, your doctor can appeal your insurance company’s decision. But it’s not a quick process, there’s no guarantee that it will be successful and each insurance company handles appeals differently.

Make sure you have paperwork to substantiate your claim that the new medication isn’t a good fit. Providing documentation that the original drug worked makes a big difference for insurance companies considering your appeal. The more documentation proving that you need it, the better. If you get switched, write down your blood glucose readings, how the new medication makes you feel and any other changes you notice. Be sure that your physician does the same, documenting in your chart what’s making you better or worse, how much you take and for how long, what else you’ve tried unsuccessfully and why this particular medication works best for you.

Often the process includes more trips to the doctor, more exams and more phone calls and e-mails back and forth with your doctor. But it’s worth it if you get coverage of the medication you need. Don’t give up hope that you and your health care team can find a way to get you back on that medication or find a new one that works.”

If you’re having trouble affording your insulin, the American Diabetes Association (ADA) can help. Visit InsulinHelp.org.