Income-Related Inequalities in Diabetes Have Widened Over Past Decade, CDC Study Finds

Income-Related Inequalities in Diabetes Have Widened Over Past Decade, CDC Study Finds 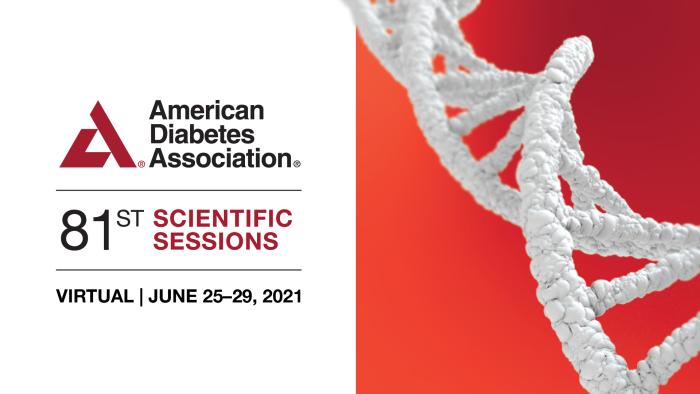 A new study from researchers at the Centers for Disease Control and Prevention (CDC) reveal income-related inequalities (IRI) in rates of diabetes exist between 2001 and 2018. The findings were presented at the virtual 81st Scientific Sessions held by the American Diabetes Association® (ADA).

Throughout the U.S., diabetes prevalence has increased over the past two decades, disproportionately affecting low-income populations. For example, between 2011 and 2014, compared with persons with high income, the relative percentage increase in diabetes prevalence was 40.0%, 74.1%, and 100.4% for those classified as middle income, near-poor and poor, respectively. However, recent changes in income-related inequalities in diabetes prevalence are unknown.

A study using data from the National Health Interview Survey estimated IRI in diagnosed diabetes in 2001−2018 among U.S. adults aged 18 years and older. IRI was calculated using the Concentration Index (CI) ranging from -1 to 1, with negative values indicating diabetes was concentrated among low-income groups.

“We found that low-income populations are more likely to have diabetes and that income-related inequalities in diabetes appear to have widened over the past decade,” said Yu Chen, Ph.D., Prevention Effectiveness Fellow in CDC’s Division of Diabetes Translation. “This research suggests addressing factors early and developing and scaling effective type 2 diabetes prevention interventions among lower-income populations can help reduce diabetes inequalities.”

The authors note that future studies are needed to further investigate the factors accounting for inequalities in diabetes prevalence.

For more information or to request an interview with Dr. Chen, please contact the ADA Scientific Sessions media team at SciSessionsPress@diabetes.org. 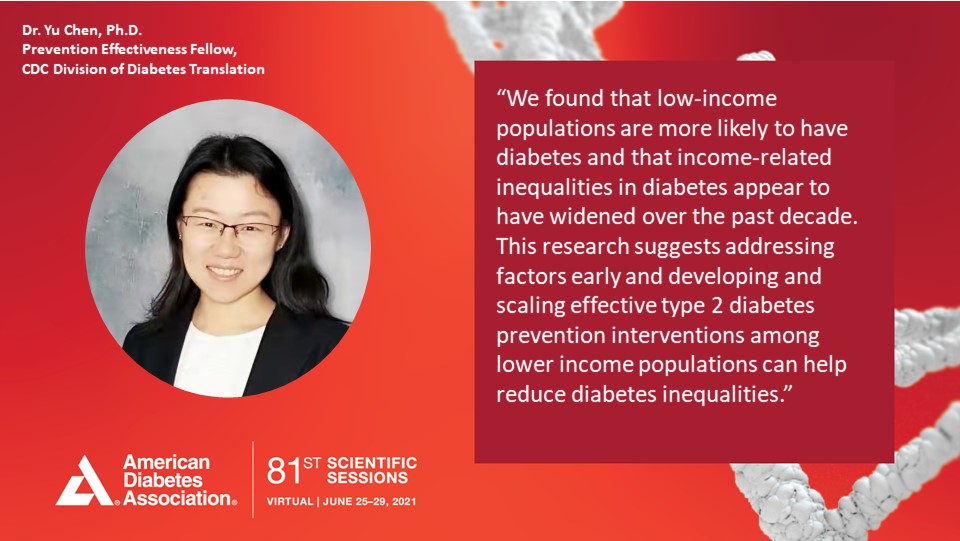 About the ADA’s Scientific Sessions
The ADA’s 81st Scientific Sessions, the world’s largest scientific meeting focused on diabetes research, prevention, and care, will be held virtually June 25–29. Leading physicians, scientists, and health care professionals from around the world will unveil cutting-edge research, treatment recommendations, and advances toward a cure for diabetes. Though the conference will be remote this year, attendees will receive exclusive access to nearly 2,000 original research presentations and take part in provocative and engaging exchanges with leading diabetes experts. Learn more and register at scientificsessions.diabetes.org and join the Scientific Sessions conversation on social media using #ADA2021.