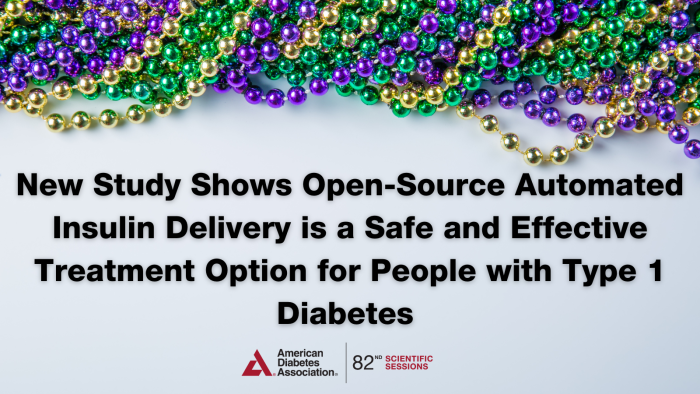 Open-source AID systems were developed to reduce the burden of living with diabetes by combining an insulin pump, continuous glucose monitor (CGM), and an algorithm that automatically adjusts insulin delivery every five minutes to keep glucose levels in target range. The technology was developed by people with diabetes and shared openly, commonly referred to as open-source, so that others could evaluate the system and choose to use it themselves. These open-source systems were available for years before commercial AID systems and are used by people with type 1 diabetes worldwide.

The CREATE Trial is the first randomized controlled trial to evaluate the safety and efficacy of the most commonly used open-source AID system. The study compared open-source AID, using the OpenAPS algorithm from a version of AndroidAPS implemented in a smartphone with the DANA-i™ insulin pump and Dexcom G6® CGM, to SAPT. A diverse population of patients, many of whom had little or no experience with AID, were recruited to a 24-week, multi-center RCT, which included children (7–15 years) and adults (16–70 years), to examine efficacy and safety of open-source AID.

Results of the trial included:

“We were encouraged to see the greatest improvements in time in range were in those who had the lowest time in range at the start of the study. This supports the finding that a wide range of people with diabetes who want to use this technology could benefit from it, regardless of their outcomes with previous therapies,” said Dana Lewis, diabetes researcher, a founder of the open-source artificial pancreas movement, OpenAPS, and study investigator.

“While open source AID is not yet approved by the FDA, we know people worldwide are using it to manage their diabetes. Our findings demonstrate that this is a safe and effective technology and adds to the body of evidence supporting use of open-source AID for improving glycemic outcomes,” commented Dr. Martin de Bock, pediatric endocrinologist at the University of Otago, Christchurch, New Zealand, and lead investigator of the study.

The authors hope these findings provide both people with diabetes and clinicians with additional information to use when evaluating open-source AID options for people living with diabetes.

Dr. de Bock, in conjunction with study investigators, presented the findings of the trial during the oral presentation listed below: 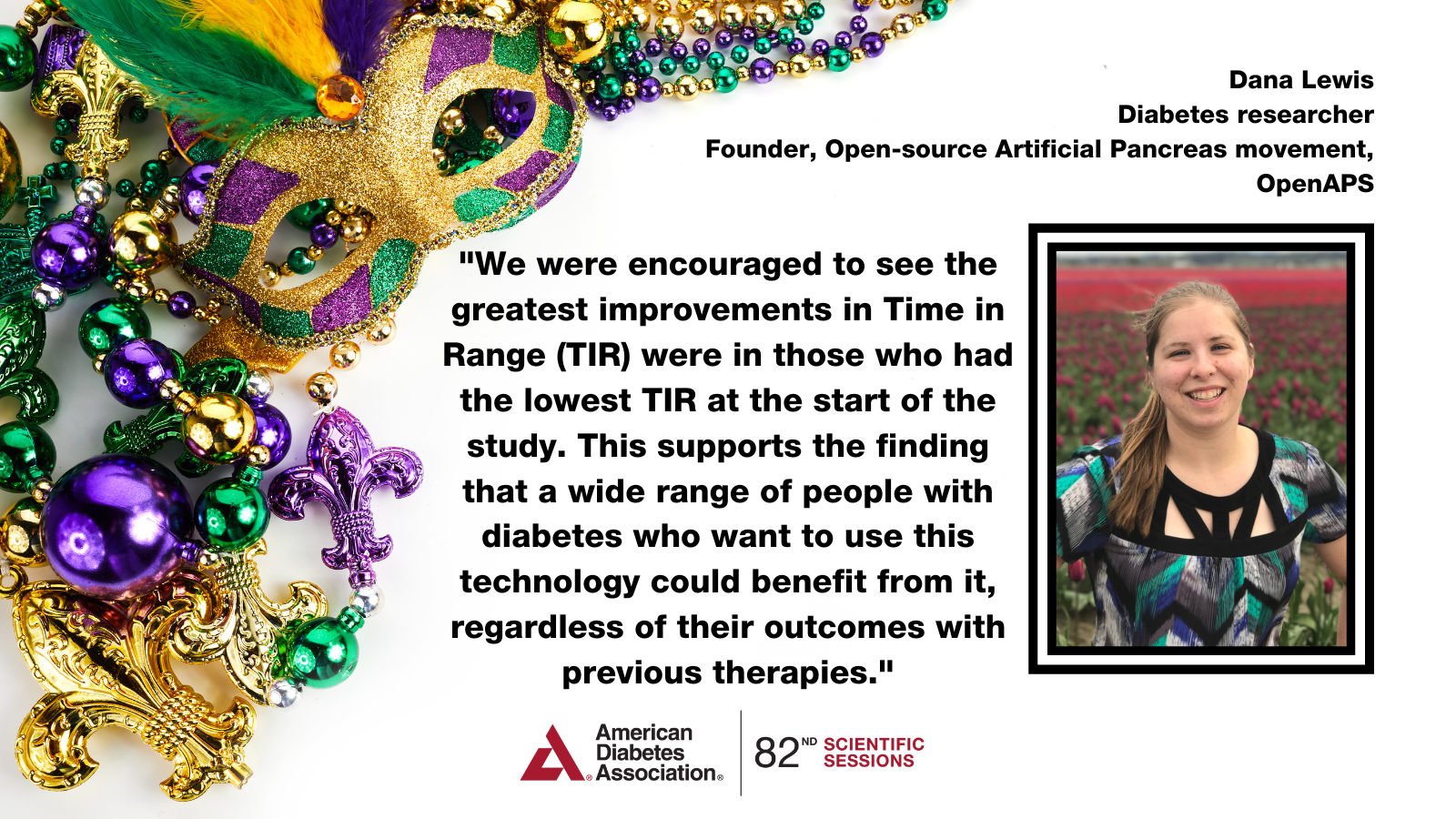 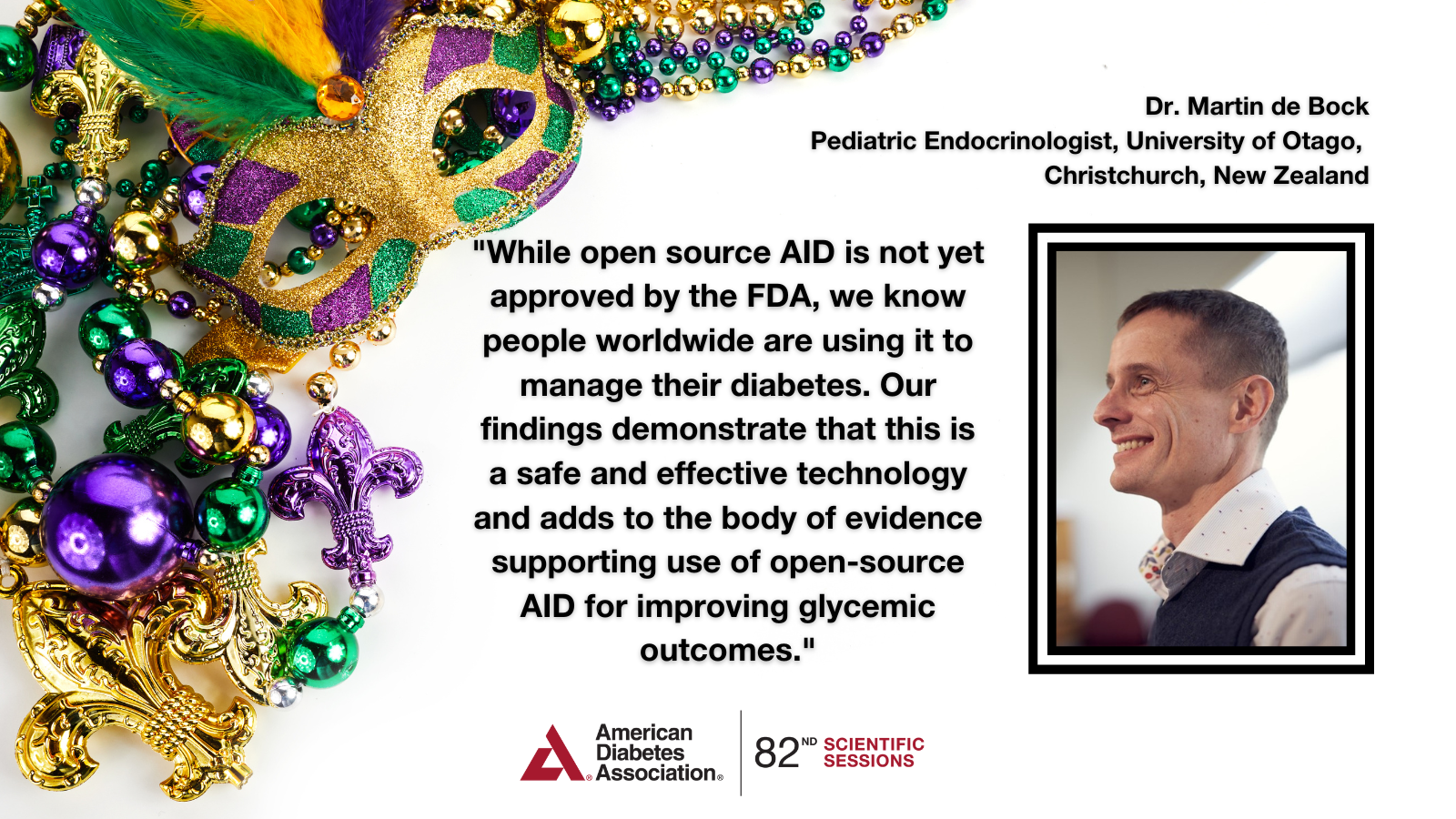 For more information, please contact the ADA Scientific Sessions media team onsite at the Ernest N. Morial Convention Center from June 3–7 by phone at 504-670-4902, or by email at SciSessionsPress@diabetes.org.