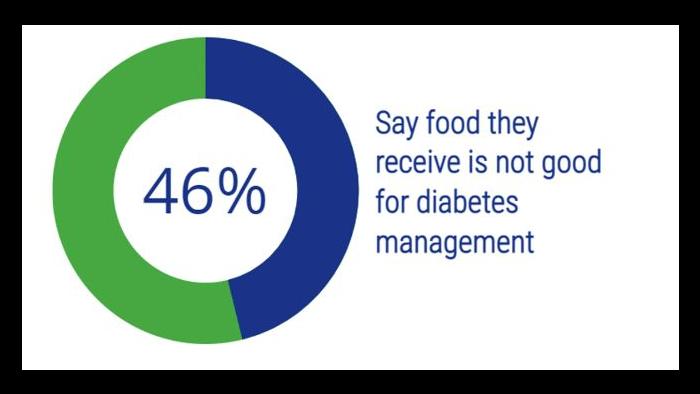 According to a new nationwide survey, the 34 million Americans living with diabetes face unique, acute and intensified challenges to their health as a result of the COVID-19 pandemic – challenges that may increase their COVID risk for complications. The study, released today by the American Diabetes Association® in partnership with Thrivable and the Diabetes Daily community, shows that the financial and economic toll of the pandemic has left scores of Americans with diabetes without access to the drugs, devices, insurance, and food that they need to properly manage their diabetes or even survive during this time.

While the data focus on the circumstances faced by people with diabetes during the pandemic, the effects of the trends uncovered by the study may last well beyond the crisis, creating what may be dangerous long-term repercussions for the health of this community and placing new strains on the health care system.

“For months we have known that people with diabetes are at heightened risk during COVID. Yet what this data show is that the level of adversity facing our community from this crisis is at an even more critical point,” said Tracey D. Brown, CEO of the American Diabetes Association. “As many as 40 percent of the COVID fatalities – 120,000 Americans – have been people with diabetes, and more in our community may be at risk of the worst of the virus’ effects because so many are now unable to manage their diabetes effectively. As we approach the holiday season, we must be even more mindful that our community, which includes an outsized portion of people of color and those of lesser means, must be a priority for relief efforts, including prioritized access to the COVID vaccine.”

Among the findings of the new survey of people with diabetes are:

There were other important highlights of the survey as well that show the effects of COVID on the perspective of the diabetes community. For example –

About the American Diabetes Association

Every day more than 4,000 people are newly diagnosed with diabetes in America. More than 122 million Americans have diabetes or prediabetes and are striving to manage their lives while living with the disease. The American Diabetes Association (ADA) is the nation’s leading voluntary health organization fighting to bend the curve on the diabetes epidemic and help people living with diabetes thrive. For 80 years the ADA has been driving discovery and research to treat, manage and prevent diabetes, while working relentlessly for a cure. We help people with diabetes thrive by fighting for their rights and developing programs, advocacy and education designed to improve their quality of life. Diabetes has brought us together. What we do next will make us Connected for Life. To learn more or to get involved, visit us at diabetes.org or call 1-800-DIABETES (1-800-342-2383). Join the fight with us on Facebook (American Diabetes Association), Twitter (@AmDiabetesAssn) and Instagram (@AmDiabetesAssn).

Thrivable is helping patients and solution-makers create a better future together. The Thrivable rapid market research platform helps organizations go from question to insight in hours with easy-to-use survey tools and an on-demand patient panel. Thrivable also helps millions of people touched by diabetes connect and thrive through the Diabetes Daily online community.