The Cost of Diabetes

The Cost of Diabetes 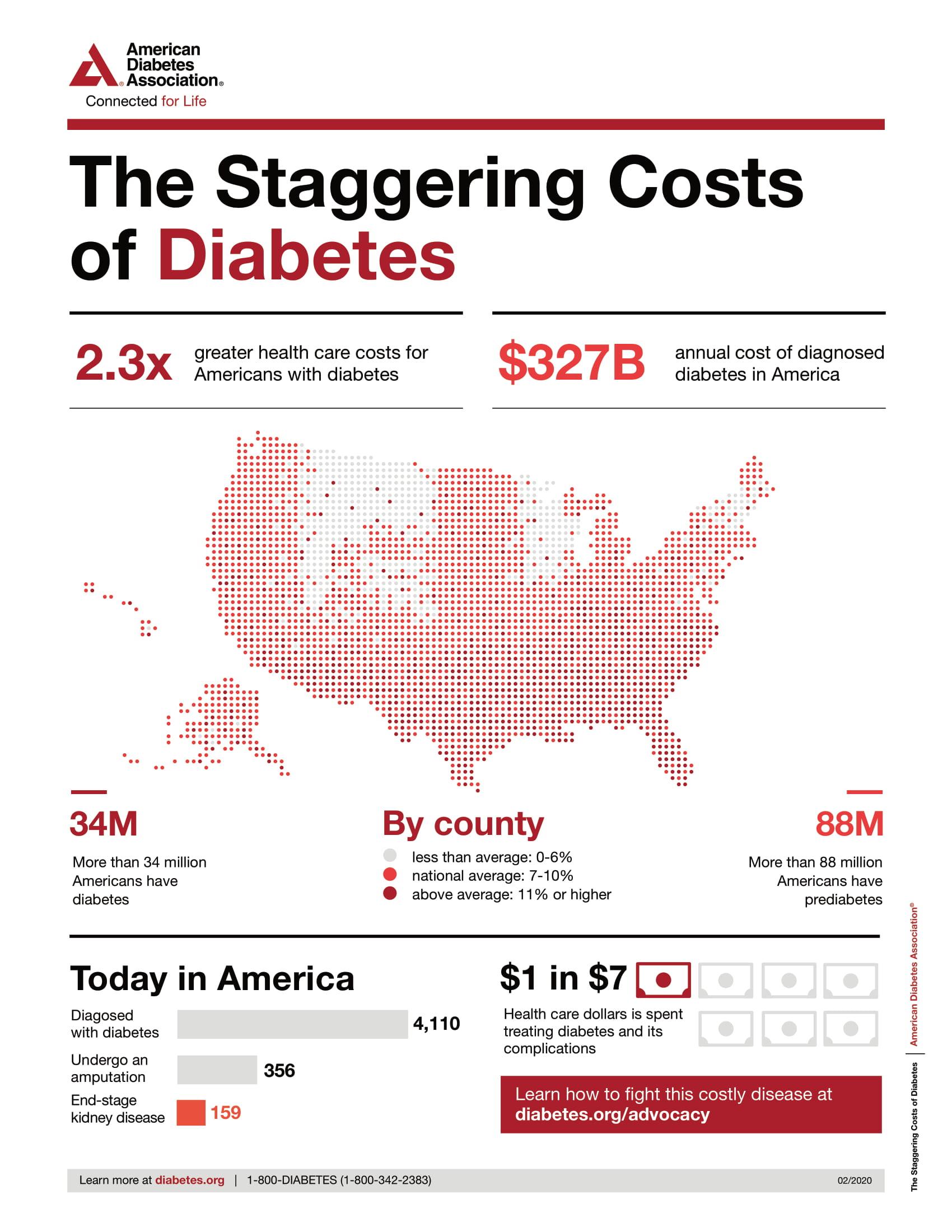 The American Diabetes Association (ADA) released new research on March 22, 2018 estimating the total costs of diagnosed diabetes have risen to $327 billion in 2017 from $245 billion in 2012, when the cost was last examined.

This figure represents a 26% increase over a five-year period.

The study, Economic Costs of Diabetes in the U.S. in 2017, was commissioned by the ADA and addresses the increased financial burden, health resources used, and lost productivity associated with diabetes in 2017. The study includes a detailed breakdown of costs along gender, racial, and ethnic lines, and also includes a breakdown of costs on a state-by-state basis.

The total estimated 2017 cost of diagnosed diabetes of $327 billion includes $237 billion in direct medical costs and $90 billion in reduced productivity.

The largest components of medical expenditures are:

For the cost categories analyzed, care for people with diagnosed diabetes accounts for one in four health care dollars in the U.S., and more than half of that expenditure is directly attributable to diabetes.

This estimate highlights the substantial burden that diabetes imposes on society. Additional components of societal burden omitted from our study include intangibles from pain and suffering, resources from care provided by non-paid caregivers, and the burden associated with undiagnosed diabetes.