Denise never told anyone she dated about her diabetes, until she met the one. Now they both have it, and they’re managing it better than ever as a team. This is her story:

Before I start my love story, I first have to mention that in previous relationships, I never told anyone I dated that I had diabetes. Not even to my seven-year on and off boyfriend. I think it was the exhaustion of having to explain it, with a mixture of denial. I am a type 2 diabetic. I was diagnosed at 25 years old, I'm now 42.

On to my love story: I met my husband on a dating site almost ten years ago, which is a whole other story in itself! We have been married for six-and-a-half years. I was very hesitant to tell him about my diabetes. We went on a few dates, and I dreaded dinner dates because I didn't want to take my medication in front of him, but I figured maybe I could get away with telling him they were vitamins or something. Well, I ended up just putting my pills in my pocket and excusing myself to the restroom, and drank the water from the sink faucet to take my meds. Luckily no one was ever in the restroom when I did this. 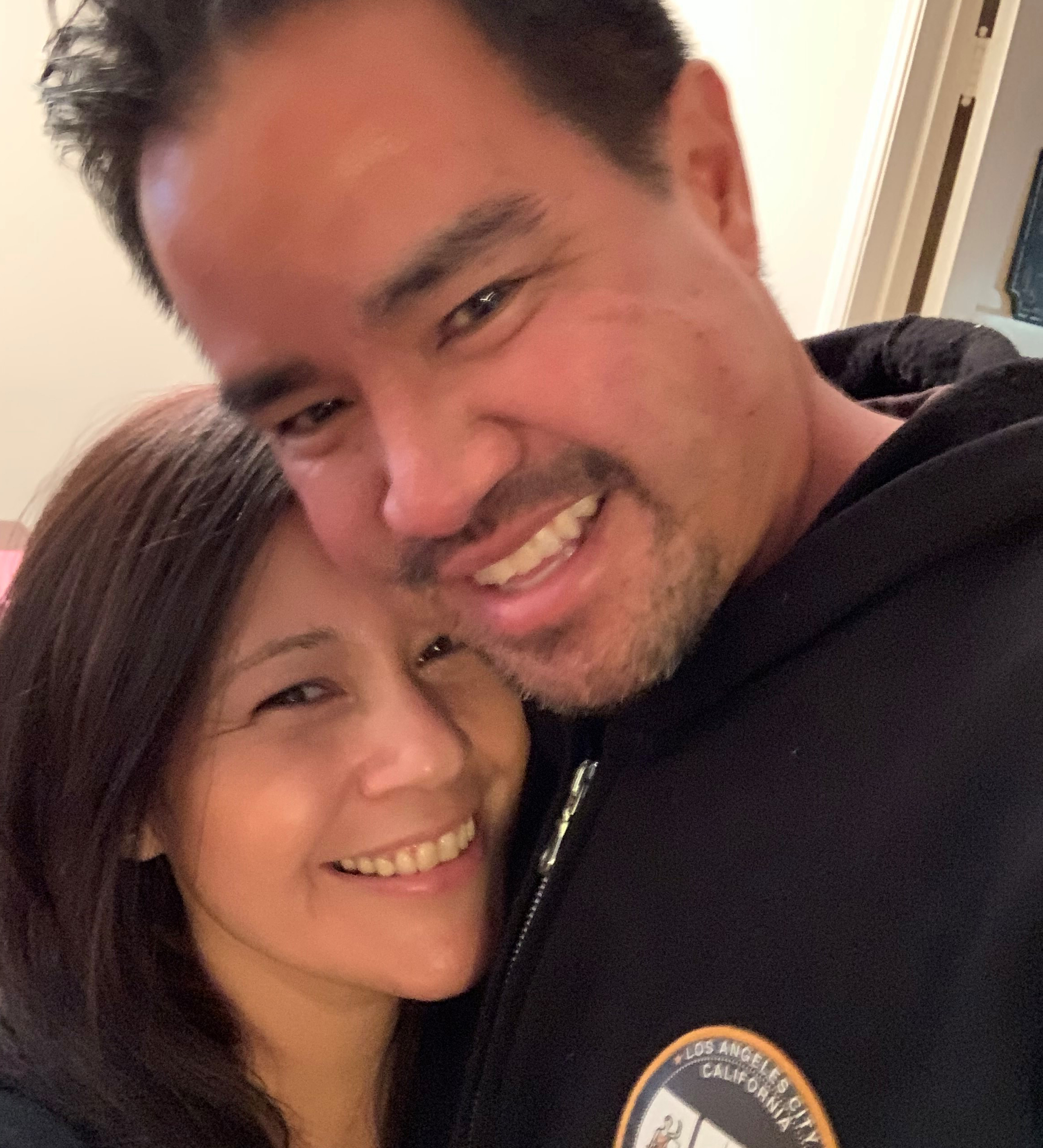 Things started getting serious with my then boyfriend, and he asked me to go away with him for the weekend. I was super excited to go spend this time together, but was worried about how I was going to sneak my morning and evening meds without him noticing.

On the way to our destination, we stopped for breakfast and I did my usual excusing myself to the restroom bit to take my pills. I took a little longer than usual, and when I came back he was concerned and kept asking if I felt okay. I said I was fine, but felt horrible about keeping this from him. Our relationship was moving on to a whole new level, and I knew if I kept this from him any longer he'd find out eventually, most likely on accident, and it might cause trust issues.  So, on the drive after breakfast I finally told him.

I explained about all the restroom trips, etc. He took the news quite well, and I didn't have to do any exhaustive explaining since it turns out his dad is a type 2 diabetic. But even so, he was already living on his own when his dad was diagnosed, so he only knew about his dad cutting out certain foods and taking his meds. He did not understand about the science behind keeping your glucose levels at a steady number (or at least trying to), especially by eating and taking meds at a certain time of day. He figured you eat, take a pill, and BOOM that's it, simple...which we all in the diabetic community know it is far from it! So, there was some frustration and a few arguments about it during our relationship and marriage. It wasn't until I got pregnant with our first child, that he really started to understand the importance of the whole balancing and timing of meals and medication. Even throughout his "not getting it" at times (because a person can't really get it fully unless going through it themselves), he has always been super supportive!

My husband now fully understands what I have been, and still go through with being a type 2, because he was diagnosed in August of 2020.

This of course is something I never wanted or even imagined happening to him (or anyone I love and care about), and I felt extreme guilt about him getting this awful disease. I felt I enabled his "bad" eating habits. I, on occasion, have fallen off the Make Good Food Choices Wagon. Especially during the beginning of the pandemic! My diabetes was out of control! I gained weight and my A1C was the highest it has been since I was first diagnosed. My husband being the great guy he is, assured me it wasn't my fault, and that he was a grown man who chose to make not so good choices with food, plus genetics was also most likely a factor. While I still felt awful about it, and definitely not ideal, my husband’s diagnosis forced me to do better. Together we eat better (and at decent times during the day), we exercise together (both of us are competitive, so it makes for extra drive), and our weight and A1Cs have gone down!

I don't have to worry about making separate meals anymore. It got super hard and exhausting doing that in the past, so I just ended up eating what he and our kids ate because it was easier. People would tell me I was crazy for making separate meals and that my family needs to eat what I make (the same food) for everyone, and single/childless me would agree, but I hated fighting with my kids to eat, and my husband eating a second meal because what I had made was not filling enough for him. I do have to admit that I do, at times, make my kids something different from what the grownups eat, but for the most part, we are definitely in this together as a family.

My husband and I still have highs and lows (pun intended), but we are each other’s support system, and I couldn't imagine being with any other type (pun intended again)!

Do you have a story to tell about your experience with diabetes? Share it with us here.