If you never or rarely drink alcohol, you’re not alone—in fact, people with diabetes drink about half as much as other adults. Why? Maybe their doctors cautioned them that drinking and diabetes don’t mix. Perhaps some have health conditions that are incompatible with alcohol. Or maybe they’re just concerned about all those calories—and carbs.

But is the occasional cocktail or glass of wine really so bad? After all, a daily drink does have its benefits. Still, diabetes can make happy hour pretty confusing. Here’s what you need to know about drinking and how to do it safely. 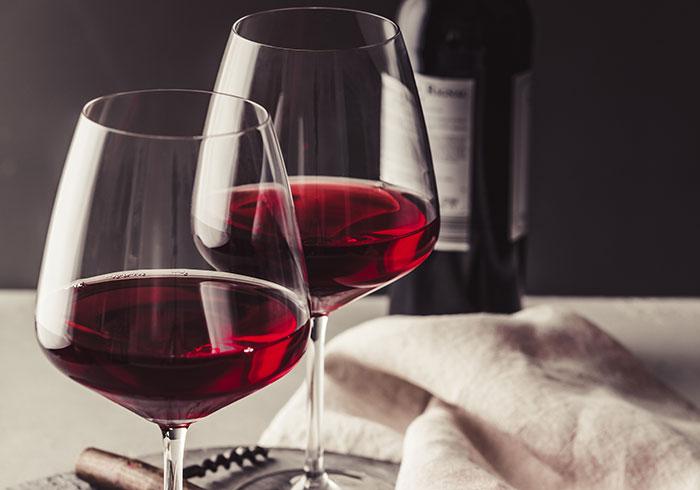 You’ve probably heard that alcohol is good for your heart. But that’s an oversimplification. Take a look at the numbers and you’ll find that only moderate drinkers have less cardiovascular disease. Those on the opposite ends of the spectrum—people that drink heavily and those that don’t—have a greater risk.

But what exactly is moderate drinking? It’s one drink a day for women and up to two per day for men. However, that “drink” is a lot smaller than some people think: just five ounces of wine, a 12-ounce beer, or one and a half ounces of 80-proof spirits.

A daily cocktail or two may improve blood sugar (blood glucose) management and insulin sensitivity. If you have one or more drinks a day, you may find that your A1C is lower than during times you weren’t drinking. But if you don’t drink regularly, this doesn’t mean you should start. After all, other aspects of moderate drinkers’ lives may be behind the link.

Too much drinking, on the other hand (more than three drinks daily), can lead to higher blood sugar and A1C.

Despite the potential health perks of drinking alcohol, there are some cautions as well. The biggest concern is hypoglycemia (low blood sugar). When drinking alcohol is combined with the medications most often used to treat diabetes—particularly insulin and sulfonylureas, low blood sugar can result. While a glass of wine with dinner probably isn’t a big deal, a mojito on an empty stomach at happy hour is.

Blame it on your liver. This organ stabilizes glucose levels by storing carbohydrates and releasing them into the bloodstream between meals and overnight. It’s also the body’s detoxification center, breaking down toxins like alcohol so the kidneys can easily flush them away.

Trouble is, it’s not great at multitasking. Your liver will choose to metabolize the alcohol over maintaining your blood sugar, which can lead to hypoglycemia. The liver often makes this choice when you drink without eating food—so consider snacking while you sip.

Because many of the symptoms of hypoglycemia—such as slurred speech, drowsiness, confusion, or difficulty walking—are also symptoms of being drunk, it can be difficult to tell the two apart. And if you often have hypoglycemia unawareness, a condition in which you don’t recognize you’re going low, drinking becomes especially dicey. Timing may also be an issue, as hypoglycemia can strike hours after your last drink, especially if you’ve been exercising.

There’s another reason drinking can be challenging. Unlike protein, fat, or carbohydrate, alcohol doesn’t require insulin to provide energy to the body. Yet, many people assume that alcoholic drinks are loaded with carbs, not realizing that wine and spirits are practically carbohydrate free—with only a trace of carbohydrate in spirits and roughly four grams of carbs in a five-ounce glass of wine. The exception is sweet dessert wines, which pack 14 grams of carb in a tiny three-and-a-half-ounce glass.

High-carb drinks may sound like the smart option when you’re at risk for hypoglycemia, but it’s a bit more complicated than that.

Liquid sugars are quickly absorbed by the body, so those carbs won’t be much help in preventing or treating a low that may occur hours after you drink. Food, on the other hand, is digested gradually, so it provides better protection against lows.

With all the focus on carbs, it’s easy to forget that alcohol also has calories. Given that drinking can make you lose track of what you’re eating, calories (and pounds) can add up quickly. Being tipsy has another downside, making it easy to mix up your medications or to forget to take them entirely.

Remember, drink sizes vary. That can make it especially difficult to get a grip on how many carbs and calories you’re consuming.

Drinking is individualized and there’s no universal rule for how to do it safely when you live with diabetes. Talk to your doctor about your drinking habits and they can provide you with tips and tricks for how drink in a way that works for you.